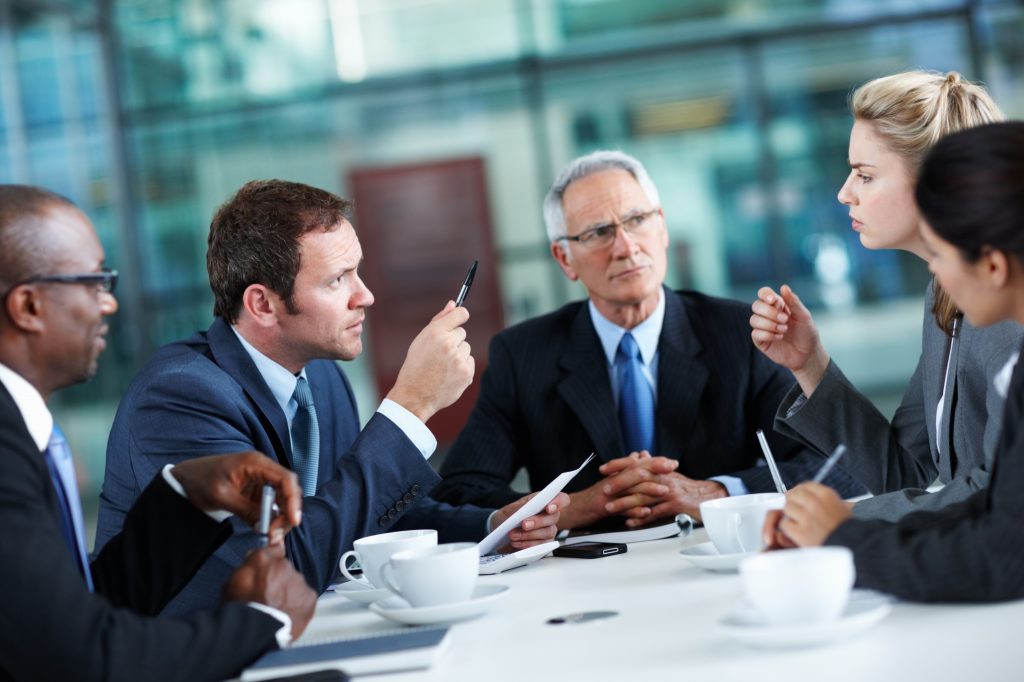 Over the years I have encountered many people in leadership positions who are totally ineffective. Why? Is it because they are not bright, not passionate presenters, and or not able to build strong relationships? Generally these characteristics alone do not condemn one to a lifetime of ineffectiveness. In fact, the Ineffective Leader could be very bright, articulate and benevolent or well liked but still ineffective.  How can that be, and why do Ineffective Leaders not know they are ineffective? The answer is that many leaders are confused as to what leadership is. Leadership does not always require rendering opinions or stating ideas with confidence in meetings, nor is it an acquired organizational position. There are many people in leadership positions that effectively communicate ideas but do nothing. They communicate doom and gloom, creating a culture of crisis, indicating that a disaster is pending and all need to fight to survive but they never lead the fight. That burns employees out, and the Ineffective Leaders go on their unsuccessful ways, never communicating the solution.  If you build an army of 100 lions and their leader is a dog, in any fight the lions will die like a dog. But if you build an army of 100 dogs and their leader is a lion, all dogs will fight like a lion. Napoleon Bonaparte

Ineffective Leaders render opinions as truths and give lengthy explanations that only confuse. These Ineffective Leaders try to figure things out as they explain the details. Rendering opinions does not convey leadership, yet there are workplace cultures that promote the statements of ideas as leadership. An opinion that is not well thought out has little to no support and followers unfortunately may see no value in it. Ineffective Leaders do not create inspired followers, only chaos. A concrete example of this is an organization that is creating a Flex Plan for employees. The Ineffective Leader gives an opinion as to how the plan should be implemented. A wonderful power point is presented and guidelines written. At the conclusion of the presentation, a VP says that his department is not going to accept it and they cannot utilize a flex plan given employee’s duties and schedules. Another VP says it is the same for her department as well, while another VP says that it is ok with me, my people want a flex plan (organizational chaos). A person in a leadership position can take a great idea and twist and destroy it until what is left is demotivated staff. Leadership is not a position: it is a sequence of behaviors that focuses others to want to work together to accomplish achievable goals. Ineffective Leaders render opinions but never solicit input and, hence waste not only their own time, but that of the organization as well. An Ineffective Leader renders an opinion and rarely follows through with concrete action. “The death of objectivity relieves me of the obligation to be right; it demands only that I be interesting.” Michiko Kakutani

Some leaders thrive on letting direct reports fight it out and, in fact, promote conflicts among employees. They just pit employees against each other, and the followers vie for the Ineffective Leaders attention and recognition. That undermines not only teamwork but also professionalism. This scenario has one employee complaining about other employees to peers and boss. Ineffective Leaders promote this environment because they really never have to lead. “The hottest places in hell are reserved for those who, in times of great moral crisis, maintain their neutrality” Dante Alighieri. When faced with such a situation, very educated employees revert back to high school behaviors, cliques and name-calling. Ineffective Leaders want to place themselves as the center of attention by getting employees pitted against each other. Ineffective Leaders are not afraid of encouraging conflict; they promote it and use it as a smoke screen to cover their own incompetence.

#3: Absence of a Clear Goal

Ineffective Leaders take action before they know where they are going. Who would get in a car at 9:00am with no destination in mind, drive around all day and stop at 5 :00pm very tired, having used up all the car’s gas? What was accomplished? With this approach to work, how do the Ineffective Leaders advance in an organization without clear and achievable goals? This is exactly what many people do, going to back-to-back meetings all day. What are their achievable goals and work product? Rendering opinions, producing nothing, doing little to advance the organization through clarity of vision, not establishing better ways to do work, and not encouraging productive work achieves NOTHING. Meetings are a great alternative to work! Ultimately an Ineffective Leader never focuses on the goal nor takes action until something happens…. but who knows what that action will be.

#4: Taking Action No One Believes In

Ineffective Leaders go to meetings and pontificate without allowing employees to agree or disagree. Ineffective Leaders focus on their message and do not include nor engage employee feedback. When at that singular instance they do ask questions no one tells them the truth because the employees know from past experience that the leader does not really care what they say. The employees do not really voice opinion until they go to the bathroom or the break room, and then say what is on their mind. Ineffective Leaders will take no action at all because they do not really want to listen to employees’ suggestions. What a waste of time, talent, and money. Stop to think how much money is in a meeting by adding the hourly rates of each person in attendance to that meeting. Then ask what is the return on equity based on the lack of synergistic leadership in the meeting. Here is a great example. A company wants to be the largest research organization in the northeast so the Ineffective Leaders decide to merge (take over) competitors, thinking that bigger is better. They then get caught in chaos because they have out run their financial resources. Why did that occur?  The Ineffective Leaders did not ask the right questions nor listen to their internal financial advisors and took action without a strategic and measured plan (ready – fire – aim: what did we hit?). This is reminiscent of “The Bizarro World version of Dante’s “Inferno,” where arrogance, acquisitiveness and the sowing of discord are not sins, but attributes of leadership; a place where lies, contradictions and outrageous remarks spring up in such thickets that the sort of moral exhaustion associated with bad soap operas quickly threatens to ensue”. Michiko Kakutani August 25, 2016

Ineffective Leaders know what is best for the organization. Great leaders inspire followers to want to do more and bad leaders are energy drainers. Ineffective Leaders aim without identifying the target. Sometimes, the target that is hit can generate at best intermittent financial gains, and at worst loss of talent, low work production, and financial disaster.

Ineffective Leaders do not understand that success is based on today’s ability to resonate with paying clientele. What is driving the workplace of multiple generations is not just time on task and work production based on the past but what people are willing to pay for a product or service. The American traditions (myths) of working hard to get ahead, getting good grades to get a great job, and putting in the time to be recognized by upper management are now more fabrication than fact!

·    Create a career plan for yourself

·    Give yourself daily/weekly goals based on job responsibilities

·    Give yourself recognition for accomplishments

·    Look for opportunities, know your abilities, and have the desire to advance

Summary: Ineffective Leaders have permeated the workplace because they are smooth talkers. They have tied their lasso around a rising star and followed that star. Do not be discouraged, stay the course and have confidence in your abilities. If you find yourself questioning your ability to lead and follow, identify and achieve goals, and inspire others, you probably are on your way to being an Effective Leader. Leaders intellectually struggle to understand concepts of effective leadership. You can use the incompetence of the Ineffective Leader as teaching lessons and learning how NOT to lead. Take these reflections with you in your new endeavors!

About the Author: Gatto Associates